Skip to main content
Labels
Posted by May January 29, 2017

Year of the Rooster with Ernest Goh

I was captivated by the latest wall art put up by local artist Ernest Goh's portraits from the Chicks series that's been bombarding my Instagram feed. I thought, "How appropriate? I have to get the family down for a shoot to mark the Year of the Rooster!"

We made it down on Day Two of the Chinese Lunar New Year.

Ernest Goh put up three walls around Tiong Bahru Market in the Year of the Goat [2015] which we visited as well. They are still there by the way if you want to have a look at them together with Yip Yew Chong's Tiong Bahru Murals.

If you haven't got the chance to check out the art walls around *SCAPE, you have the next few months [hopefully they will keep it there for years like the Goats project at Tiong Bahru] to do so to commemorate the Year of the Rooster with your friends and family.

These portraits are unconventional and you probably would go "Ewwww" at first sight when you meet that chicken hatchling. Yet, it suggests the unknown potentiality of all beings as they enter the next phase of their lives.

My favourite is the ROOSTER. Why of course just look how cocky this one looks! This juvenile cockerel takes heart of the challenges ahead as it aspires to rule the roost in its community, it stands proud with its puffed heart-shaped chest.

Rooster is almost the epitome of fidelity and punctuality. After all, they do wake the farm up don't they? Meyer and I are born in the Year of the Rooster and we are apparently honest, bright, communicative and ambitious [according to readings]. No where in any fortune telling did mention that Roosters match up well with Roosters when it comes to romancing. Yet, we made it this far from 1998. I think we are doing something right after all. 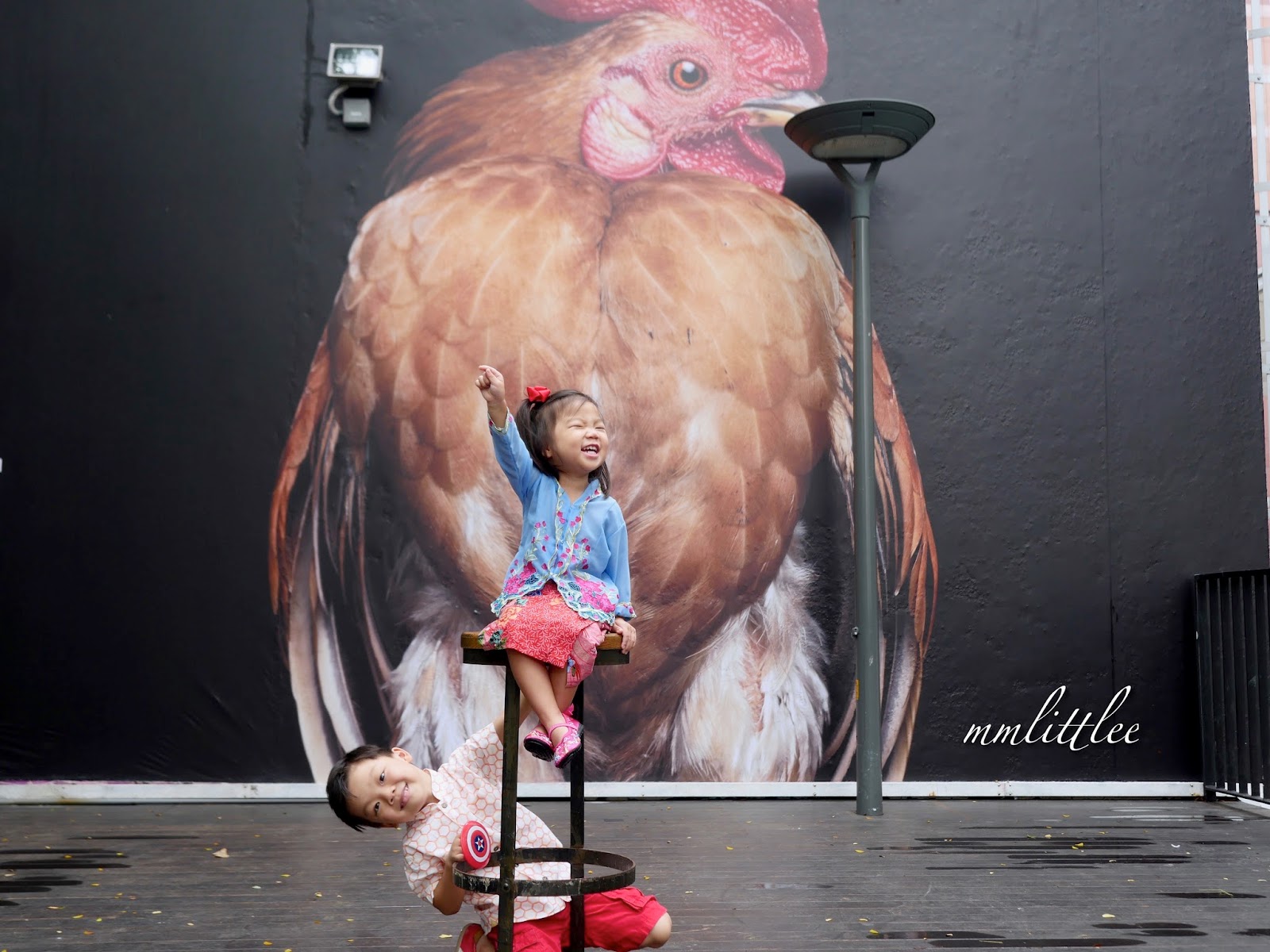 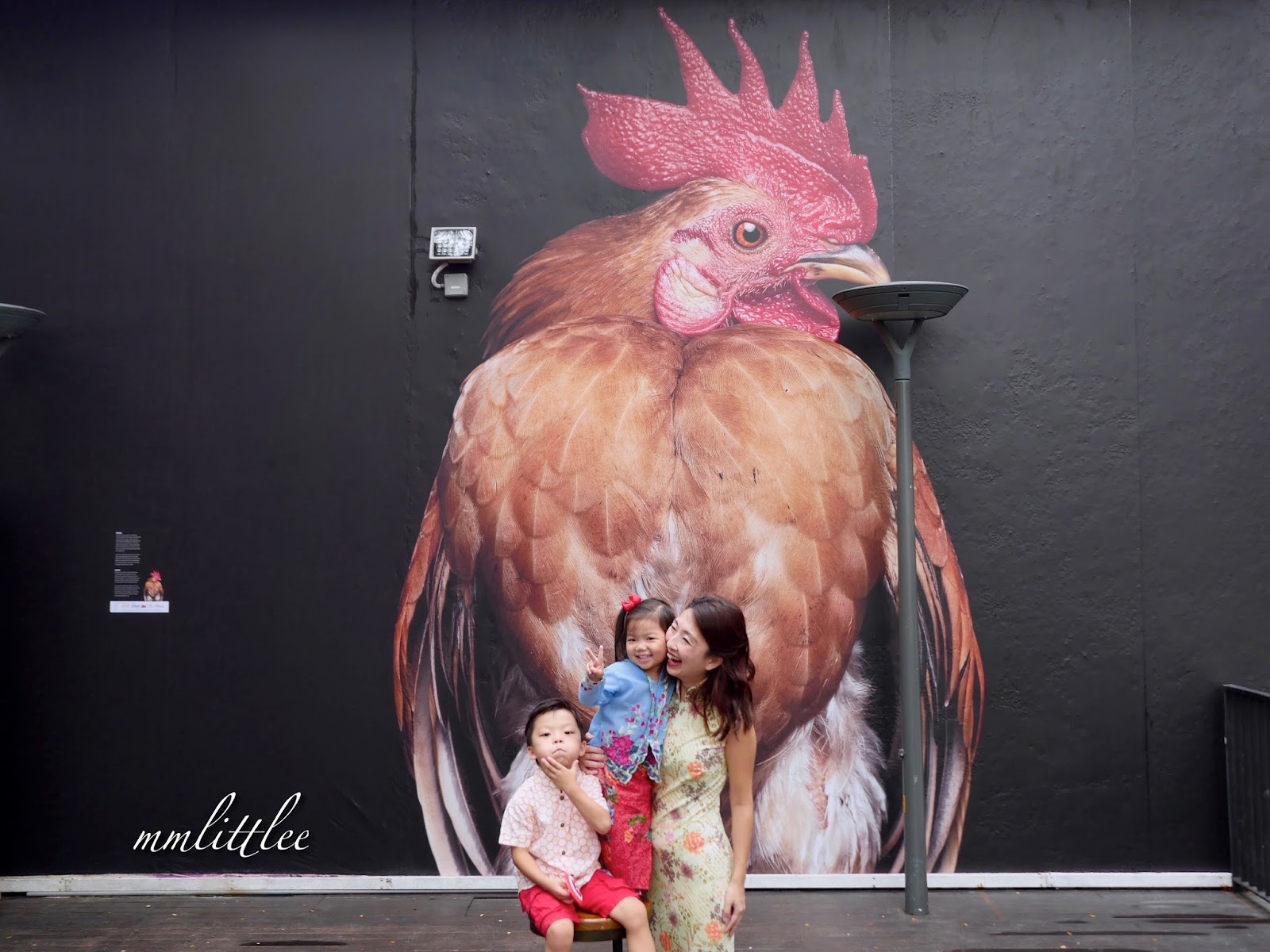 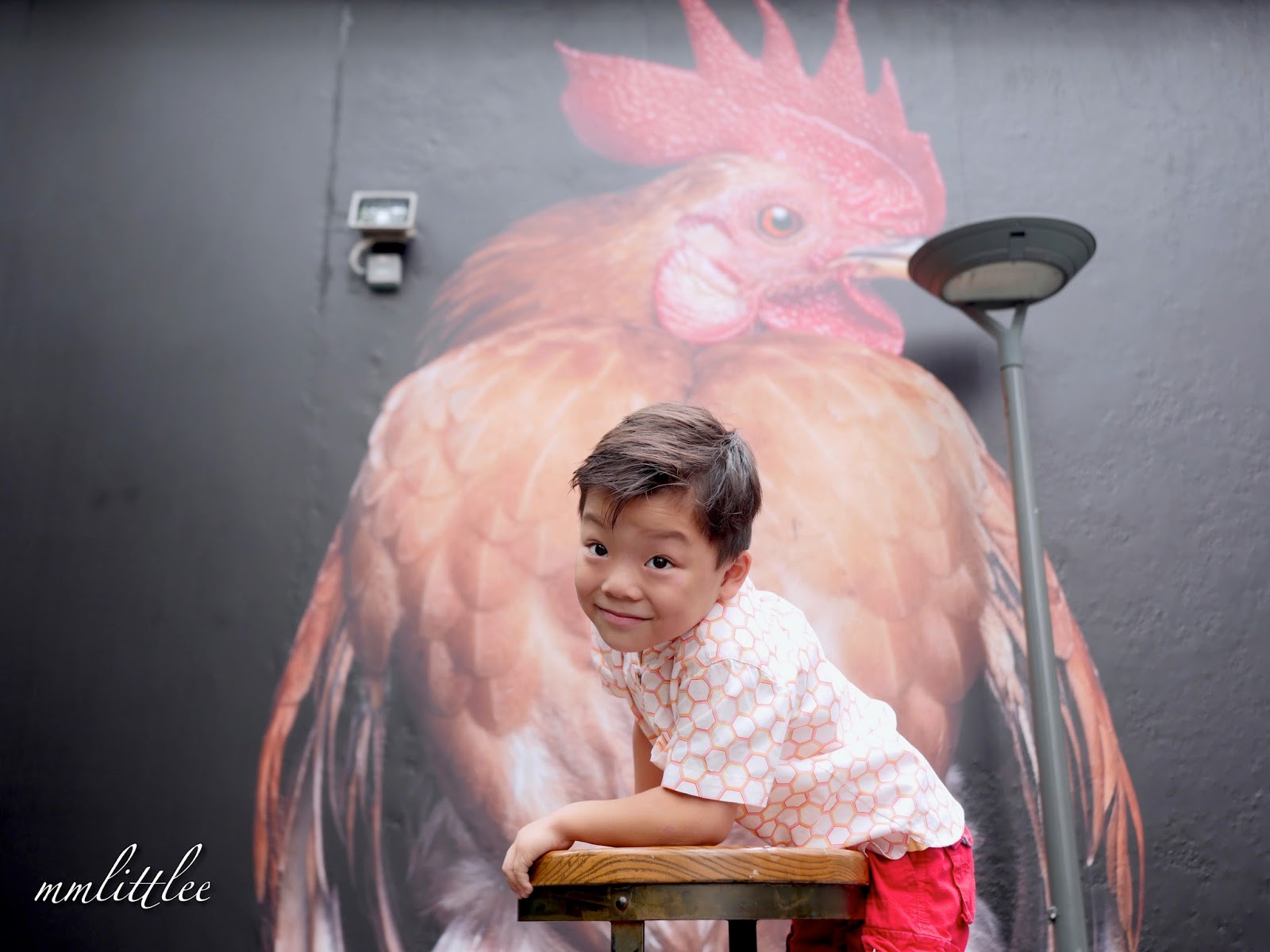 There are two more murals put up around *SCAPE and they are called the CHICKS. I didn't think they look fantastic but the meaning behind them are inspiring. As we spent a longer time admiring them, I begun to appreciate these chicks a lot more from just the judgmental first impression.

The start of the new year heralds new beginnings. CHICKS is a celebration of the rookie, the newbie and the underdog. Often overlooked, underestimated and misunderstood, the fledglings of every generation face the uphill tasks of proving themselves, especially in a society built on meritocracy.  My children. How much will they have to prove themselves to stand out?

Locate: On the wall of *SCAPE Playspace [basketball and skate park] staircase. Take a walk in an alley towards MacDonald's and you will find the other two chicks. 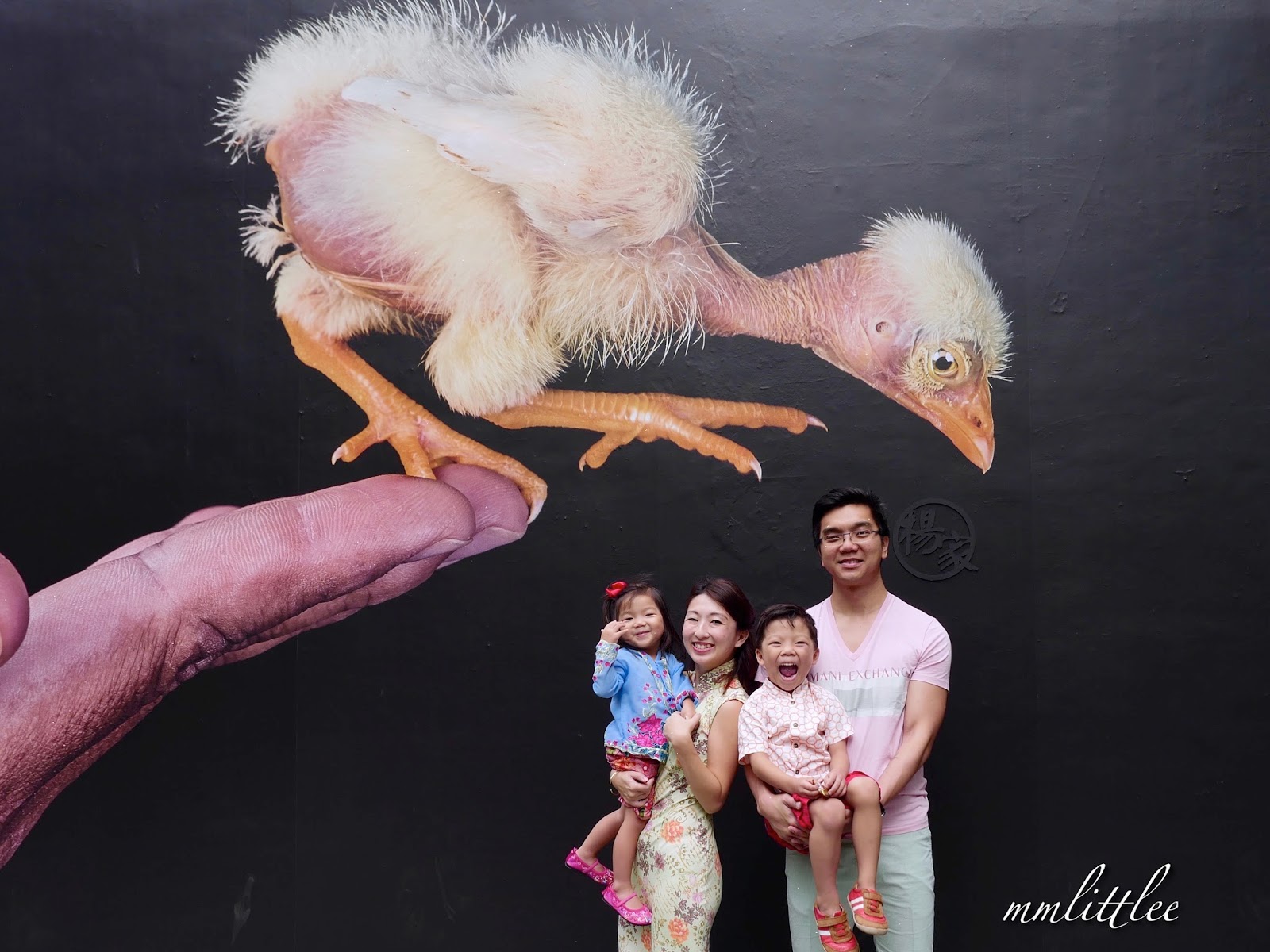 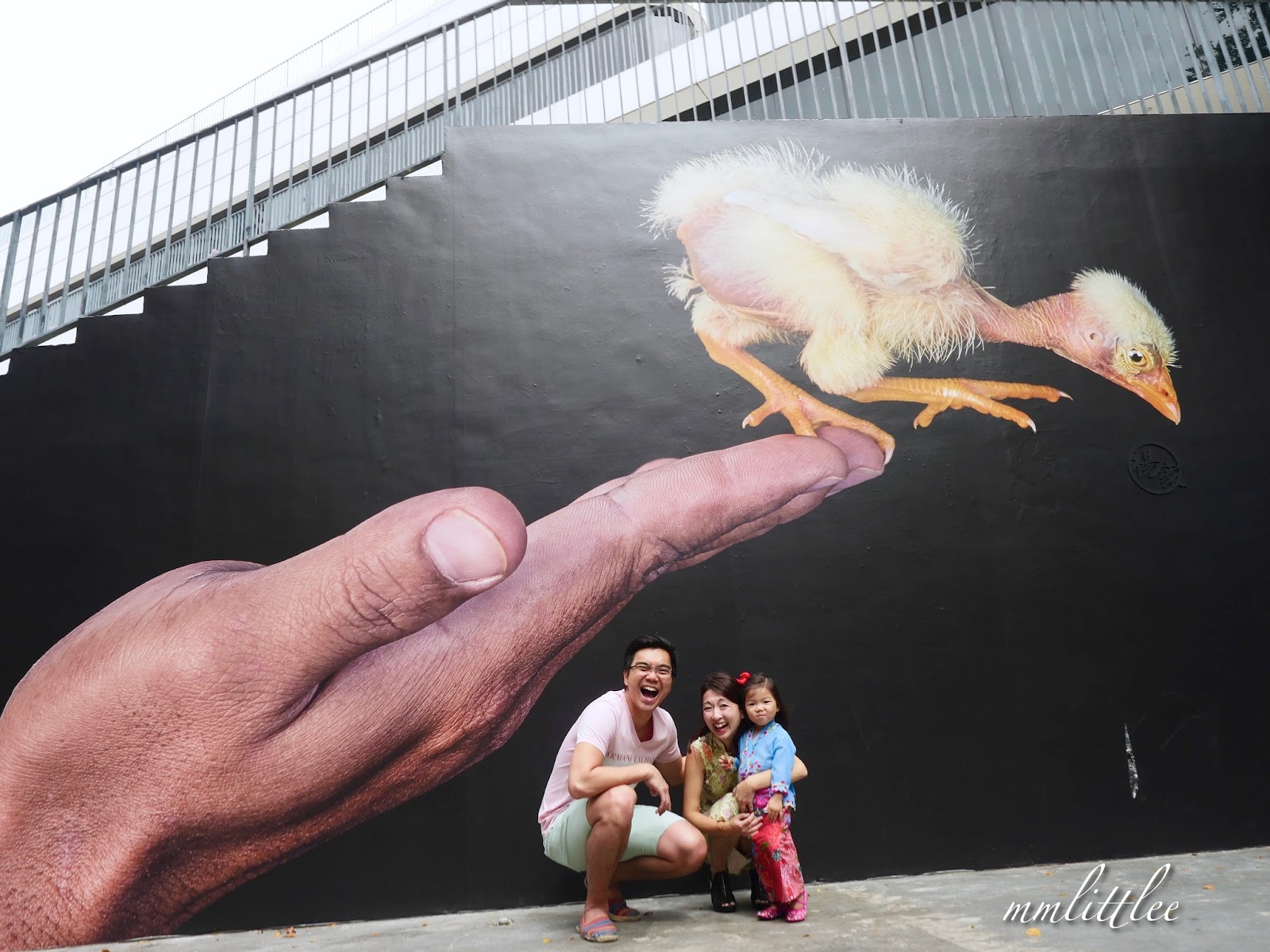 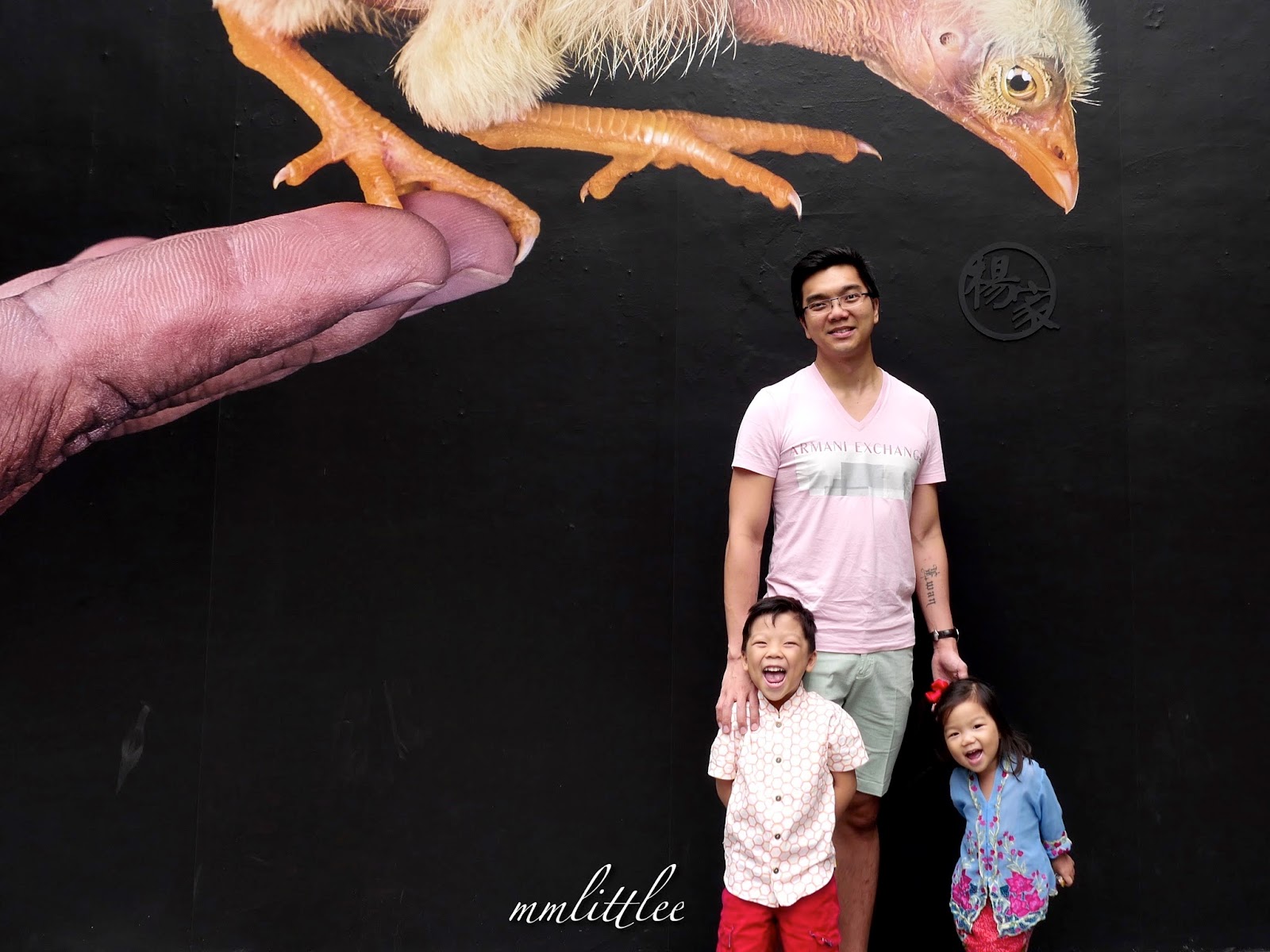 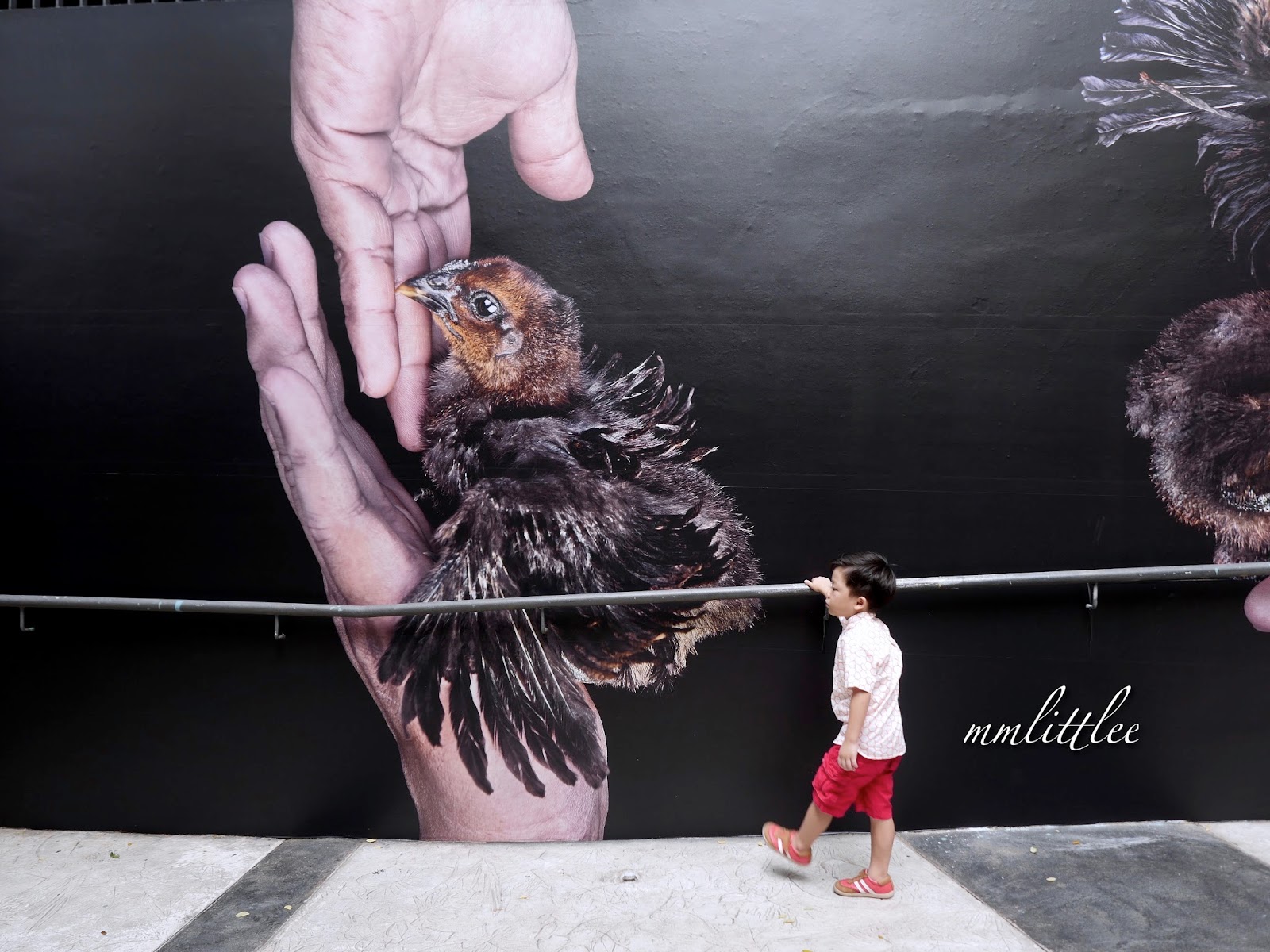 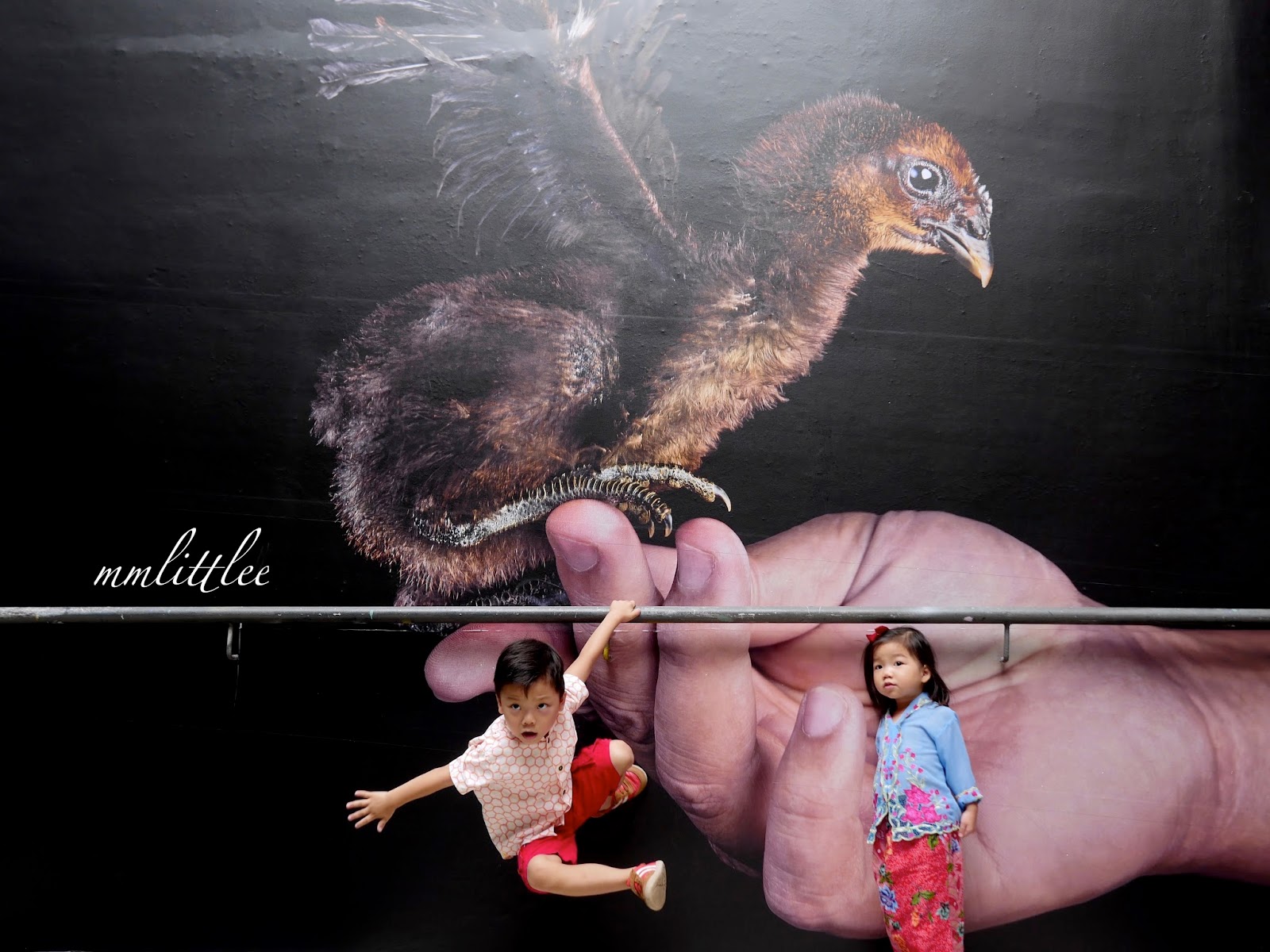 Ernest Goh is a visual artist whose work focuses on ecological relationships, especially through our interactions with animals. His fascination with the natural world began as a boy at his grandmother's rural kampung in Singapore, wading in streams looking for fish and jumping into buses searching for spiders.

He is also the creative director of The Animal Book Co., which works with animal welfare groups through art and design. And that's where I found out about this latest installation at *SCAPE - through his Instagram account.


You've gotta see the portraits in the flesh, huat are you waiting for!

Where Are The Goats?
.
Street Art of George Town