Skip to main content
Labels
Posted by May October 30, 2016

My First Solo Road Trip With The Kids

Our first road trip to Malaysia without daddy needs to be penned. How can it not? It was my first time bringing Ewan and Faye across the causeway via car. Without daddy meaning I was the only adult.

We have all heard about how the roads in Malaysia can be dangerous - stolen cars, robberies at petrol kiosks and even new tactics to stop cars on highway just to rob them. So why did I put myself at risk to go on this road trip to Legoland with the kids? I am sure I'd be judged for this, "No she's not brave! She's being stupid! What kind of a mother jeopardises her family's safety like that?"

Truth be told, I agree it truly isn't safe. Driving in was not my Number 1 choice. As it was a media invitation to experience the Lego Ninjago Ride, transport was provided. Initially, we were given the choice to choose from a time schedule at different locations. I picked a 0900 hours from Jurong because that would be most ideal for us.

As Ewan and Faye still nap, I was bending on arriving Legoland at opening hours so that they can play to their hearts' content before they knock out for the afternoon. I would have let them play all day and go to bed early that night if there wasn't a media dinner that we had to attend. I cannot imagine my two year old waking up at 0700 hours and staying awake until 2100 hours on the same day. It sounds insane! Cruel almost [in the context of my family routines and not in any way judging other families' habits].

Then just two days before our departure, I was told that a private coach will be provided instead and it will depart from Singapore Flyer [which is further to second link than my home]. The timing would be changed to 1000 hours. I calculated and no that was not going to work for us. By the time everyone arrived at Legoland, it would have been noon and the children would be left with no more hours to play. If I drove in, we would be there in less than an hour! Going in a group always takes longer from all the waiting and waiting and waiting.

As Meyer was still in Italy, I thought about deploying my father-in-law or father to drop us. Anyway, it takes only 10 minutes to drive from Malaysia Immigration Checkpoint [second link] to Legoland. Alas. The seasoned-Malaysian-roads-driver-cum-father-in-law wasn't in Singapore as well. My father agreed but later apologised for not being able to the evening before our trip to Legoland.

I sent my husband a text as I toyed with the idea of driving the kids in myself. I wasn't sure if everyone was comfortable with this decision but his reply sealed the deal.


"Yeah. It's very near. Just follow the signs and park at the hotel."

Oooooooo! That's great! One more milestone to celebrate for my parenting stint! Of course, I had to inform my father and mother-in-law too. They heard my confidence, saw how I took the children to Taiwan alone, respected Meyer's decision and understood that it was a non-stop-10-minute-drive within Malaysia itself before they gave me the go-ahead. All my dad asked of me was, "Do not speed. You are always speeding." Yes. I recognised that and I will take zero risk to get my family over safely. We do not own a GPS so, I had to go by memory. The one memory I had as a passenger when Meyer drove us in five months ago. I do remember it as being very easy. 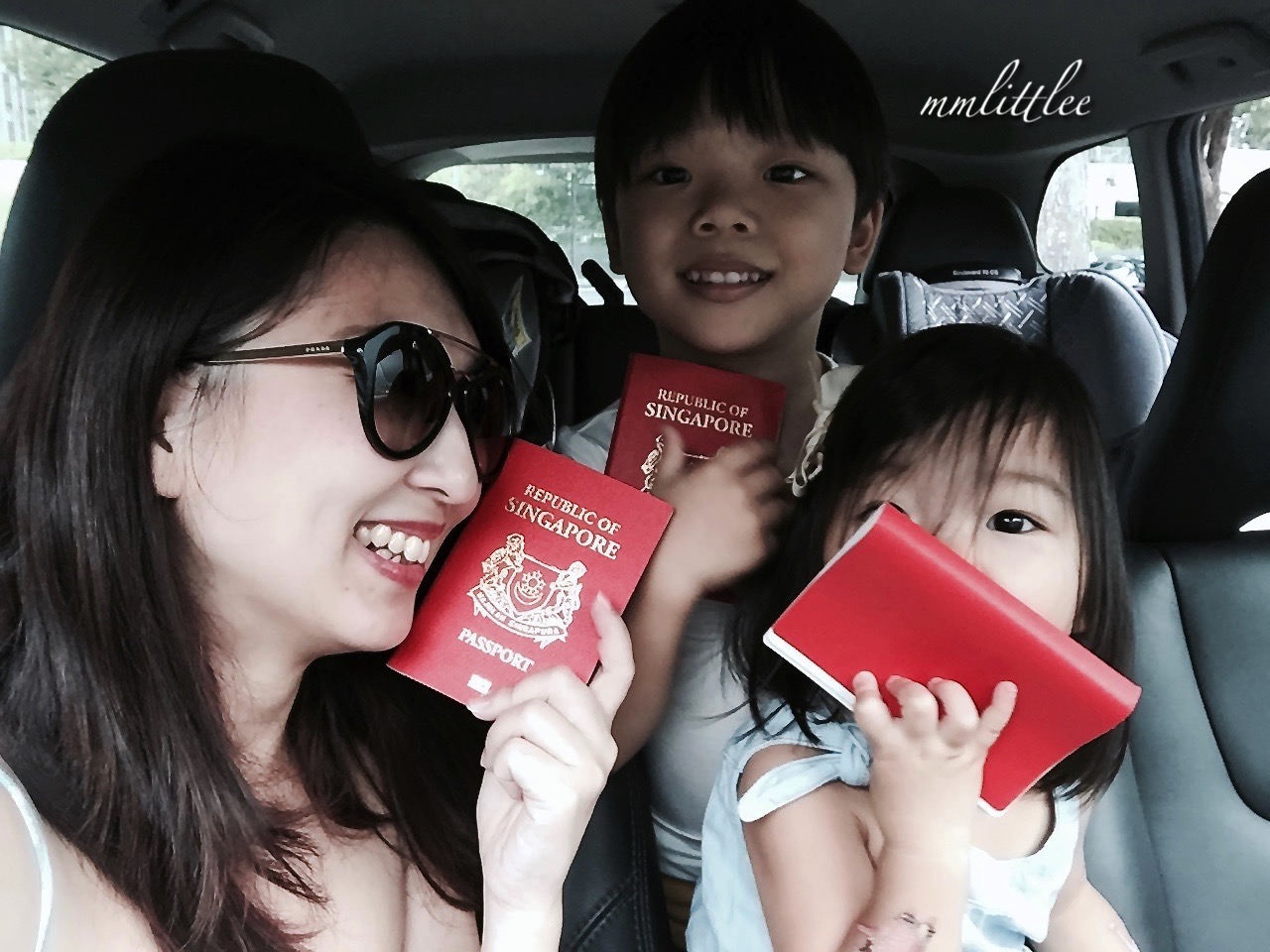 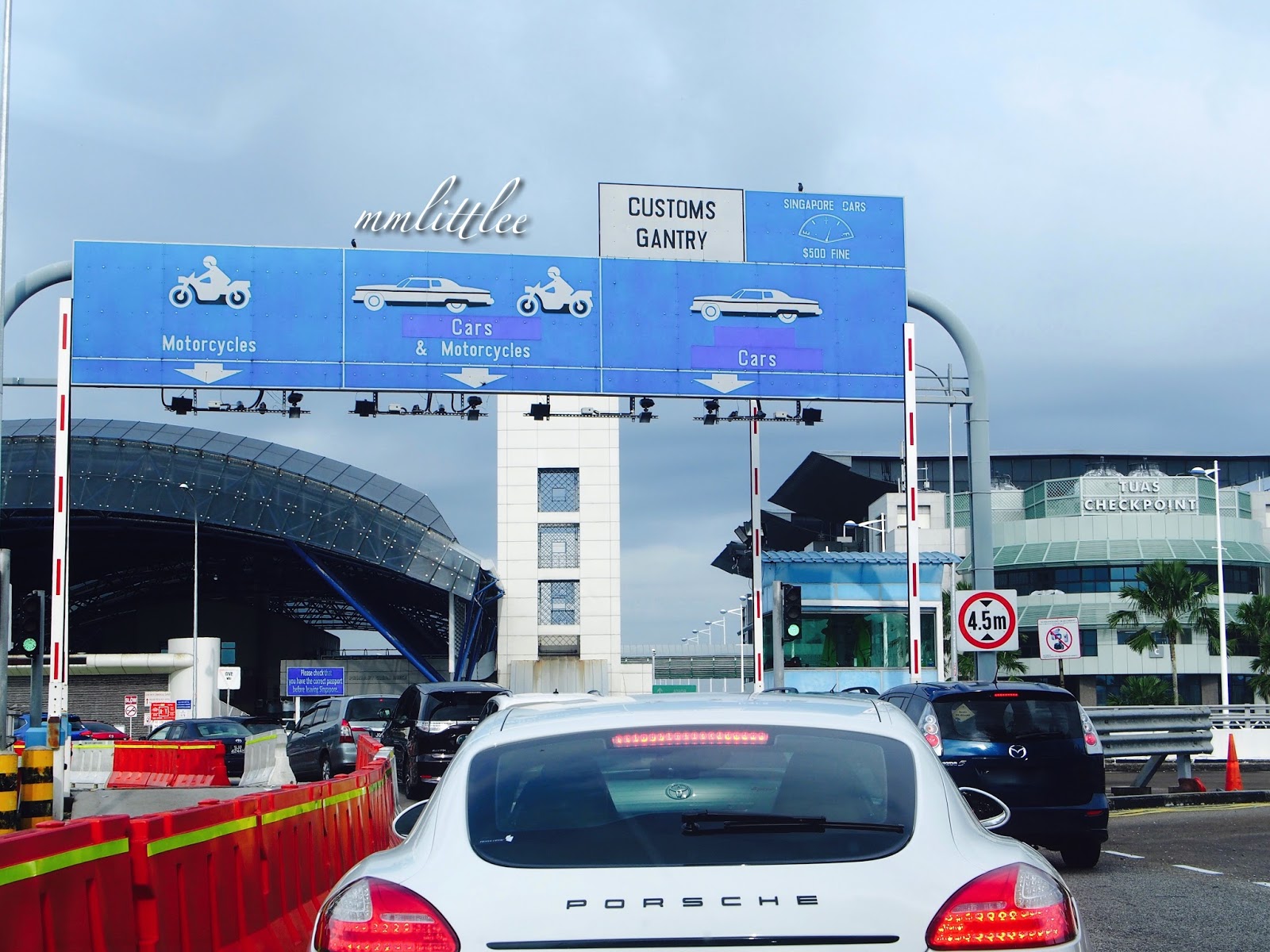 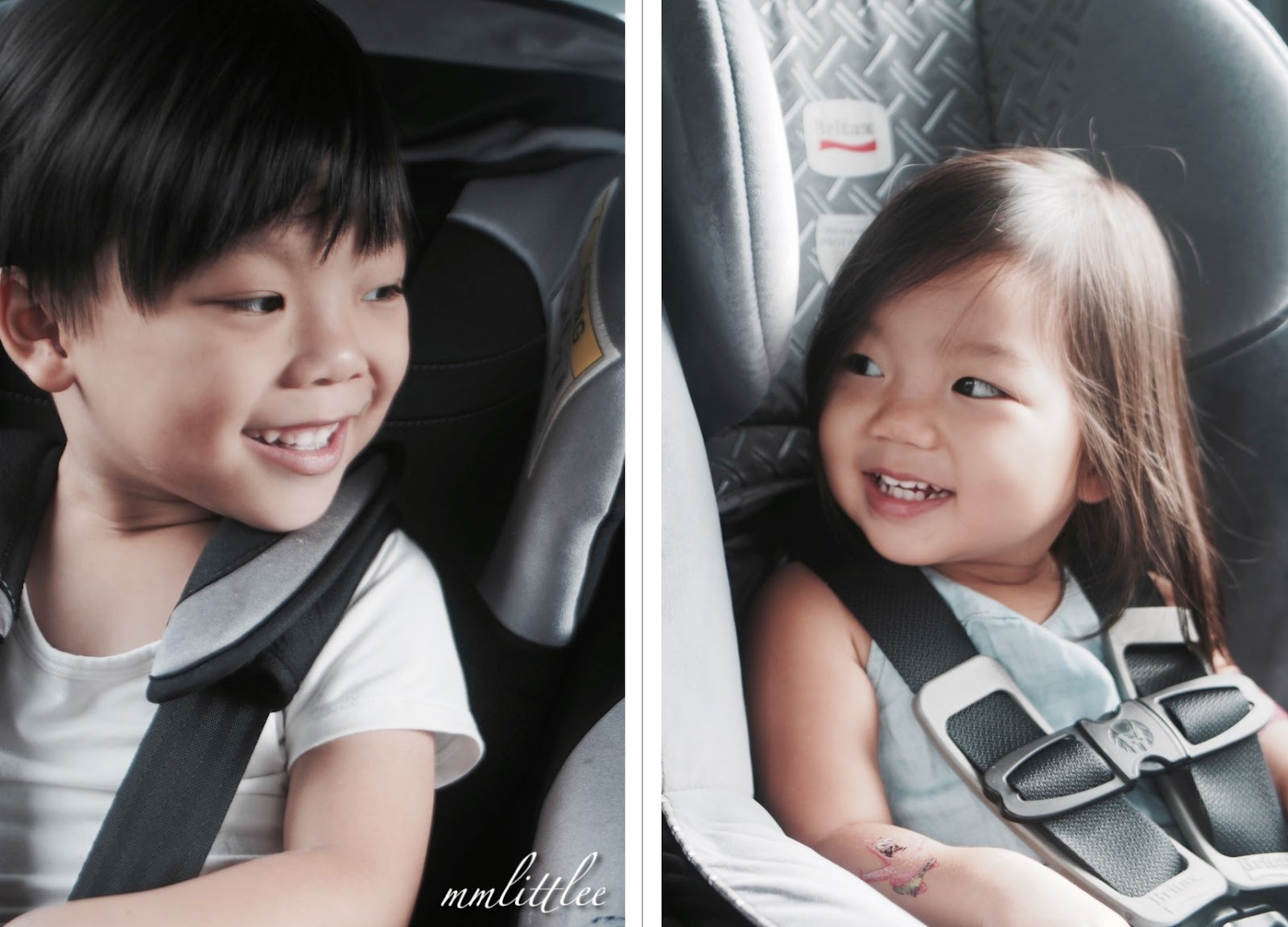 The queue at Singapore Immigration Checkpoint took all of 20 minutes on a Thursday morning at 0900 hours. When we arrived at the Malaysia Immigration Checkpoint, we were cleared within one minute! By the time we parked at Legoland (easily navigated with road signs), it was 0930 hours and we hit the theme park immediately. Half an hour was all it took.


I felt empowered as a woman, a mother and a wife!

My husband added a text at 2300 hours the night before we left, "Wah you driving in tomorrow yourself with two kids. So powerful!" I was surprised that it was such an extraordinary act that he had to say what he said!

I replied, "Huh? I thought you mentioned it was easy?"

"But you are woman mah." he quipped.

WHAT! You men better look at woman in a different light from now on ah! Stop throwing sexist remarks! That's why women keep getting that, "Can I do this? But I'm woman leh." Of course we can! We are even more alert and discern better than men sometimes especially when mommy duties call.

Coming home from Legoland, I was a little uncertain. I was so tired from our last trip to Legoland in May that I paid no attention to the route back. Just follow the signs right? But what if I miss it! I asked a fellow parent blogger, Andy of Seng Kang Babies, for directions and he agreed that I should follow the signs. Then he added, "Don't miss it ah! Later you end up in Woodlands!" Oh my goodness. My jaw dropped! I do not want to end up in Woodlands! But I told him I will keep my eyes peeled.

15 minutes later, he came back looking for me and lent me his GPS! I was so touched but declined it because "just follow the road signs ma". But he added, "For peace of mind. Take it."

Thank you so so much Andy for taking care of us in the smallest yet thoughtful gesture. The signs were really easy to follow back to Tuas but your GPS did put my mind at rest. 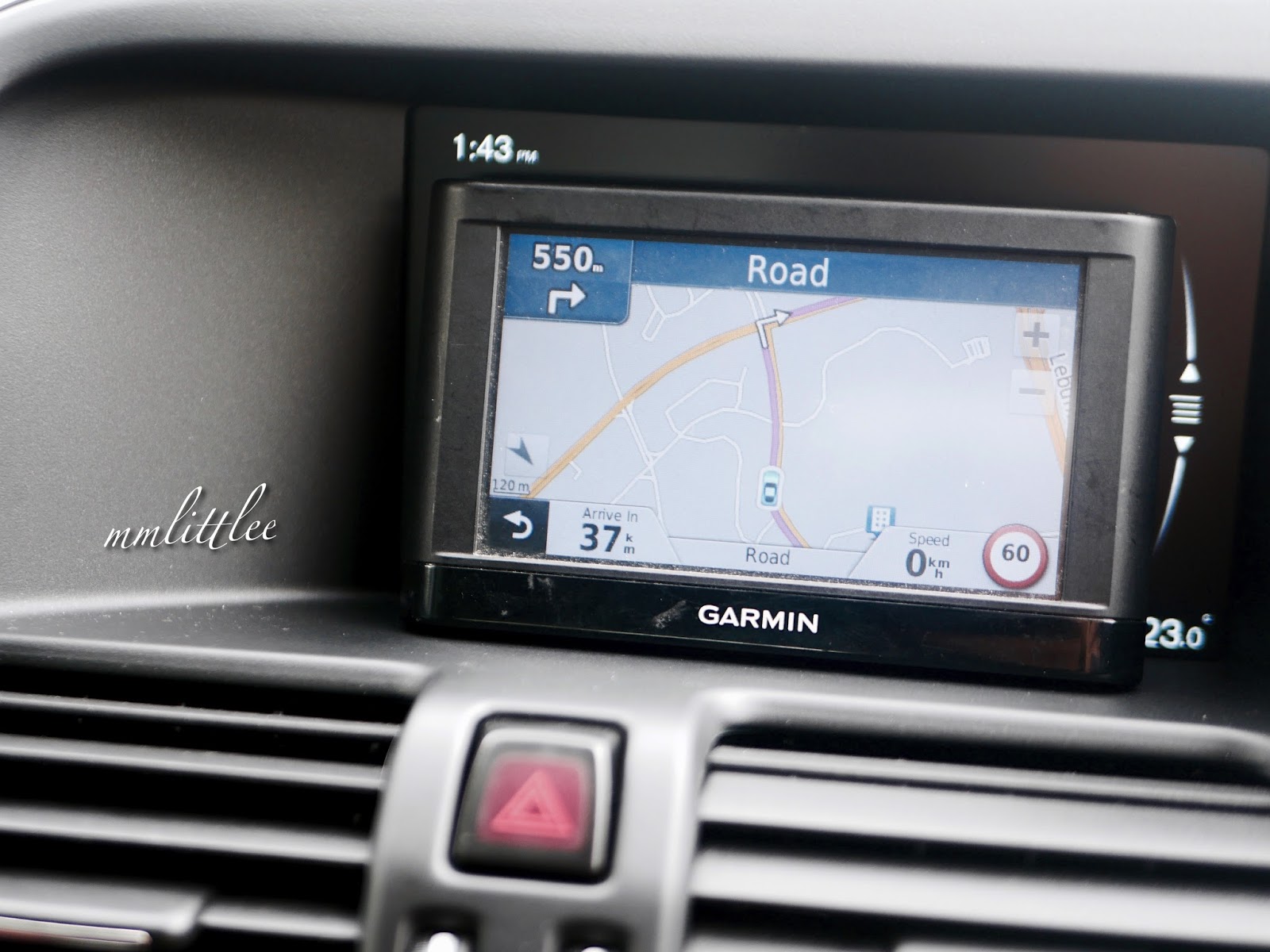 Our little Travel companions
October 2016 - Ewan at 4 years old and Faye at 2 years old
Click on our Travel tab to read all about our travel tips and tricks
including our write-up on our solo-parenting trip Taipei.


A stay at home mum, blogging to widen her social life.
We want to echo the sound of love through our lives to inspire other mothers alike.
Email Post
Labels: 2yo 4yo Ewan Faye holidays legoland Malaysia mom solo-parenting